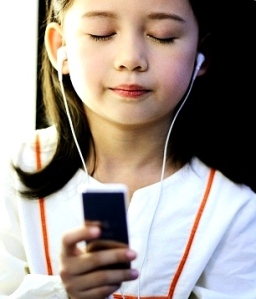 It’s a snapshot, a moving frame in a slow motion timeline, that is our life.

When the content of music is genuine, it reaches us with the strongest impact: we feel that those lyrics were written for us, that the melody was composed exactly the way we wanted it to be. We awake and feel comforted.

A true artist has the ability to speak out his mind through music reaching anybody, instantly. The most beautiful thing to me is that when this message is genuine, it freezes a moment in someone’s life and makes that instant eternal.

For example, when Bob Dylan wrote ‘Blowin’ in the wind’, his message had a planetary impact. It affected millions of people and transformed Dylan’s thought – the thought of one man – into the most precious personal belonging of whoever took his message in. Everybody in the 60s felt that shot, instantly. Isn’t that the closest thing to a divine happening? Instantaneous transformation. No politician, spoke-person or religious leader can achieve that, in an instant.

The reason why we become so attached to a specific song in time, it’s because when we are receptive, especially at a young age, we take that moment in, fully – without any doubts or hesitations – and we make it ours. It becomes our moment, forever. It’s frozen in time and we lock it away as our most precious belonging, it instantly becomes part of our cherished memories.

This explains in part everybody’s favorite complaining line: ‘In my times music was much better, the lyrics were more genuine, the singers were more real, more this, more that…’ – That is very interesting because people will always say that: in the 60s, the 70s, the 80s, the 90s and it will be said about music that hasn’t been written yet.

It simply means that different songs have different meaning for different people.

Someone’s most precious song can be from 1952, from 1973, from 1985, from last week, from next week. Who cares when the magic happens..? This only confirms the fact that music is still one of the most powerful ways of communications, no matter its commercial value.

It’s an instant shot in someone’s life and it reflects a specific moment in our short terrestrial life: a song is just another milestone that we decide to set in our path to make our staying on this planet more enjoyable or heart-wrenching, up to us.

That’s why I think that the true value of an artist lies in the ability of delivering a message that always maintains its purest intention at the time of its conception. Time will do the rest.

2 responses to “ON INTENTION”